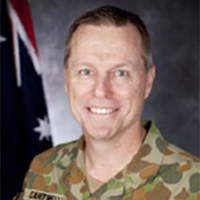 He is responsible for the conduct of elections and referendums for the ACT Legislative Assembly; the determination of electoral boundaries for the ACT; and provision of electoral information, education, advice and services to a wide range of clients. He assumed this appointment on 1st November 2017 having retired from the Australian Army on 1st October 2017 after 37 years of full time ADF service.

Georgeina Whelan graduated from Officer Training into the Australian Army in June 1988.  She has extensive experience in the command and management of Defence health systems and military disaster response.  As an Army Officer Brigadier Whelan deployed to East Timor in 1999 as the Operations Officer of the 1st Health Support Battalion and to Banda Aceh, Indonesia on Operation Sumatra Assist in command of the ANZAC Field Hospital in 2005.

Georgeina completed the Defence Command and Staff Course in 2000, the US Army Military Medical Strategic Leadership Program in 2008, Higher Defence College in 2012 and the Senior Executive Leadership Program at the National Security College, Australian National University in 2016.  She recently qualified as an All Hazards - Level Three Incident Controller.

In August 2019, Georgeina was appointed as the first female Commissioner of the ACT Emergency Services Agency. 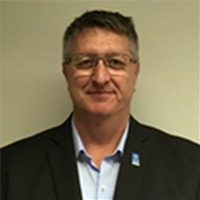 David Roulston FAIPM CPPE is in the position of Chief Information Officer and Portfolio Management Office Director with the ACT Government Directorate and has a passion for the practice and profession of project management, especially linked to the development and delivery of IT/Digital systems. He completed 21 years in the Royal Australian Navy, a career that he undertook from the age of sixteen.

David transitioned to what was the Defence Materiel Organisation, now known as Capability Acquisition and Sustainment Group, and ignited his passion for IT and Communications project management and growing project management as a culture. David was involved in major joint projects such as the High Frequency Modernisation Project, the Military Satellite Capability project and the Satellite Systems Program Office.

In 2009 he transferred to the ACT Government where he had the task of implementing a project management framework and culture within the department. In his spare time David provides support and mentoring for Project Managers and Mentoring for Veterans transition from the Defence environment to other areas and careers.

He is currently the President of the ACT Chapter and Fellow of the Australian Institute of Project Management. He has a love for family, his grandkids, fishing, and is looking forward to one day caravanning around this fantastic county of ours.

Skills Canberra is part of the Economic Development Division in the ACT Government’s Chief Minister, Treasury and Economic Development Directorate (CMTEDD). Skills Canberra is the State Training Authority, which administers the Vocational Education and Training system (including Australian Apprenticeships) in the ACT. Skills Canberra also manages the Territory’s adult community education and skilled migration programs. Josephine’s career spans school education in the private and public sectors, and senior leadership positions across a range of portfolios in ACT Government.

With almost 30 years of association with Defence I have first hand knowledge of the commitment, loyalty, intelligence and perseverance frequently demonstrated by members of the Australian Defence Force. Attributes that would make them a valued member of most organisations. I understand the benefits that the ACT Government can gain from employing well-trained and disciplined veterans.

My husband, Stephen, has been a serving member of the Royal Australian Navy for approximately 35 years. Currently posted to Sydney he is following in the footsteps of his father, who served in the RAN for over 44 years.

Prior to joining ACT Government in 2016, I spent nine years at Defence Housing Australia dedicated to providing Defence families with quality housing across the country.

Many years working with the military has taught me about the Defence system, enabled me to build excellent networks and understand the importance of securing meaningful work outside Defence, when the time is right.